On 29 November, the results of the "Changing Diabetes in Mérida: Factors and experiences associated with Diabetes Mellitus" research were presented at a press event. 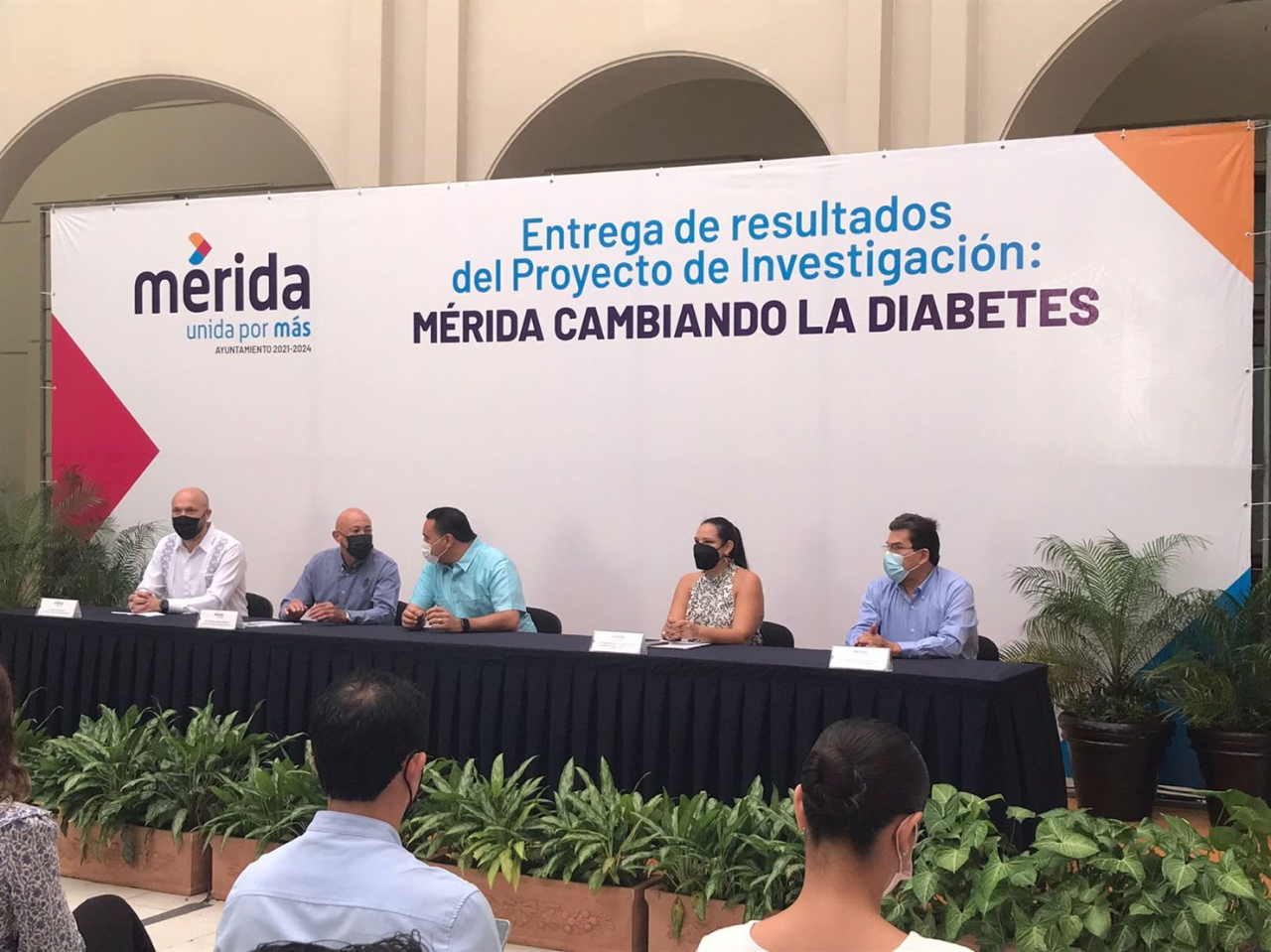 The event was organised by the Directorate of Health and Welfare of the Mérida City Council and attracted the support of Lic. Renán Barrera Concha, Municipal President of Mérida, and Dr Ildefonso Machado Domínguez, Director of Health and Welfare. The study was conducted by the City Council and the Autonomous University of Yucatan (UADY). Dr José de Jesús Williams, Rector of UADY, and Dr Alejandra Pamela España Paredes, Researcher at the Dr Hideyo Noguchi Regional Research Center (a part of UADY) participated in the research sharing event.

The study aimed to determine the real burden of diabetes in the city – where 78% of adults live with overweight or obesity. The research captured data from five city areas, which was then studied by the university's Social, Mathematics, Biomedical and Chemistry departments.

Preliminary results showed that complications are frequent in the group of people living with type 1 diabetes. Also, around 50% of people living with type 2 diabetes report decreased vision, and more than 15% have retinal damage, have had leg or foot injuries lasting more than four weeks, or have kidney damage. The most prevalent chronic diseases were diabetes, with 23.3% and hypertension (8.03%).

The Cities Changing Diabetes partners including the City Government,  the University, and Novo Nordisk will identify the right interventions to bend the curve on diabetes and obesity in Mérida, based on the results.