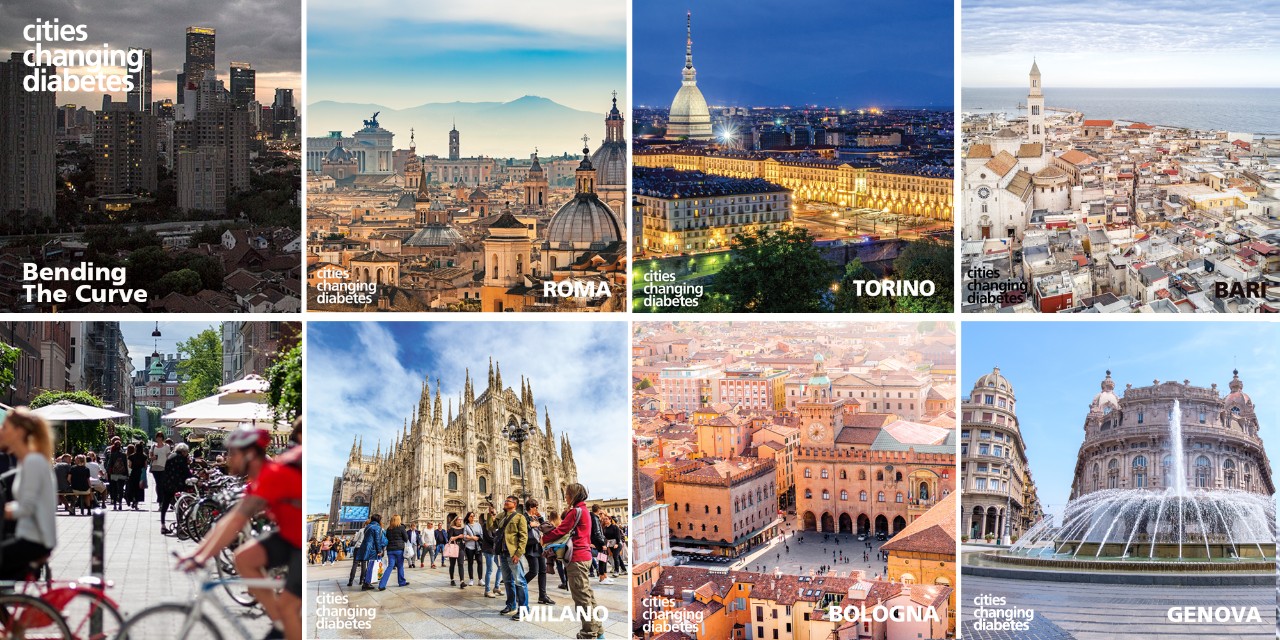 In relation to World Diabetes Day, the Italian cities of Bologna, Turin, Bari and Genoa will officially become part of the Cities Changing Diabetes global network. The official announcement in Italy will be made at the XXXVII (37th) National Assembly, which is the most important annual meeting of Italian Municipalities. These cities have been part of the Italian national network of Cities Changing Diabetes for some time already and, as such, have shared experiences with and learned from the official partner cities of Rome (2017) and Milan (2019).

After Rome and Milan joined the global network of Cities Changing Diabetes, the C14+ network was created to extend the work of Cities Changing Diabetes in Italy beyond the global partner cities. The C14+ network consists of the 14 metropolitan cities in Italy. The programme includes different tracks of enrolment for cities or regions that want to bend the curve on urban diabetes. In addition to the four cities that are now ready to join the global network, a further eight Italian cities are part of the national strategy, and we look forward to seeing how this strategy unfolds.

Please join us tomorrow on Twitter - @CitiesDiabetes – to welcome Bologna, Turin, Bari and Genoa to our global network!