The City Council welcomes the Cities Changing Diabetes program with open arms, because we identify with the values that guide this initiative: It is fundamental for us to promote the health of the population of our city and reduce the incidence of a disease that is estimated to have reached 10.5% of the population of Lisbon.

It is a great satisfaction to have Lisbon as part of the Cities Changing Diabetes initiative that calls on the active role of cities in the fight against diabetes. Nowadays, it is known that the urban lifestyle, with a high calorie diet, physical inactivity, stress, unhealthy food choices, among others, is very much associated with higher incidence of diabetes, obesity and other related diseases. We have to fight against this trend.

José Manuel Boavida,
President of The Association for Protection of People Living with Diabetes in Portugal

Lisbon is the second oldest city in Western Europe. It was first ruled by the Romans, Germans, and Arabs before it was conquered by a  Portuguese crusader in 11471. 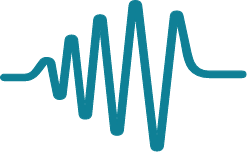 The Lisbon Earthquake of 1755 almost destroyed the city1. 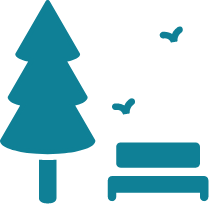 The diabetes challenge in Lisbon

Reducing obesity: an opportunity for change in Lisbon

According to the National Diabetes Observatory most recent data, there are more than 1 million people living with diabetes in Portugal, between the ages of 20-79 years, which corresponds to a prevalence of 13.6%. Furthermore, the number of undiagnosed people remains high, about 40%, while in the last three years there are approximately 200 newly diagnosed cases per day3.

The standardised prevalence of diabetes in Lisbon and Tagus Valley is 10.5%, according to a national examination survey conducted in 20154.

The link between diabetes and obesity, as two chronic diseases, is well known, and the most recent prevalence study shows that almost 60% of the general Portuguese population is obese or pre-obese. Women, elderly and people with lower education level present the highest obesity prevalence5.

Reducing obesity rates is an opportunity for change and a call for action in Lisbon, as 22.5% of the population in Lisbon metropolitan area are obese and 31.1% are overweight5.

Partners have committed to jointly and timely develop measures and activities that address the urban diabetes challenge in Lisbon. The focus of Cities Changing Diabetes activities will be prevention, education and awareness of diabetes among Lisbon´s neighbourhoods including those of socially/economically disadvantaged communities and minority ethnic populations.

1. WeHeartLisbon.com. 22 Facts about Lisbon that you probably didn’t know. 2019; https://www.weheartlisbon.com/en/getting-around/facts-about-lisbon